Deconstruction and condensation. After successes as an art dealer and publisher, Lothar-Günther Buchheim and his second wife Diethild acquired a country house in Johann-Biersack-Strasse 23, Feldafing in 1955. With the help of the architect and artist Rupprecht Geiger, the extension into a 17-room residential and publishing building followed from 1957. The owner died in 2007, followed by his widow in 2014, and the orphaned building was demolished in October 2017. Dismantling in Feldafing was followed by reconstruction in Bernried. Original parts of the interior were relocated to the Buchheim Museum.

The centrepiece of the reconstruction is the dining room, which was relocated to the museum down to the smallest detail by the Munich wood restorer Max Knidlberger. According to legend, it was painted and pasted with cheerful circus motifs in a single intoxicating night in 1957 by Lothar-Günther Buchheim and the Belgian comic author Maurice Rosy. The reception room of the house, the so-called Chinese Room, was also transferred. The witty wall painting in it contains anecdotal allusions to the Buchheims. It was created by the Hessian cartoonist Hans Fischer (1929-2016). Only part of it could be preserved in the original. The missing passages were reconstructed by the Munich painter Klaus Staps.

The aim of the whole project was to preserve ensembles worthy of preservation as far as possible in their original substance and to make them accessible to the public. The Buchheim House is thus made tangible as the nucleus of the Museum of the Imagination. In its combination, the presentation aims to make Buchheim's cultural life achievement perceptible in condensed form: the tireless advocacy of a self-determined and free imagination that goes hand in hand with the perception and creation of art. The Buchheim Museum conceived and realised the new staging in collaboration with the "FORMATION MÜNCHEN arbeitsgemeinschaft ausstellungsgestaltung" and with the support of the Landesstelle für die nichtstaatlichen Museen in Bayern. It provides a uniquely intimate insight into Buchheim's life, which was characterised by a joy of discovery. Interactive wonder boxes invite visitors to see, marvel and play. 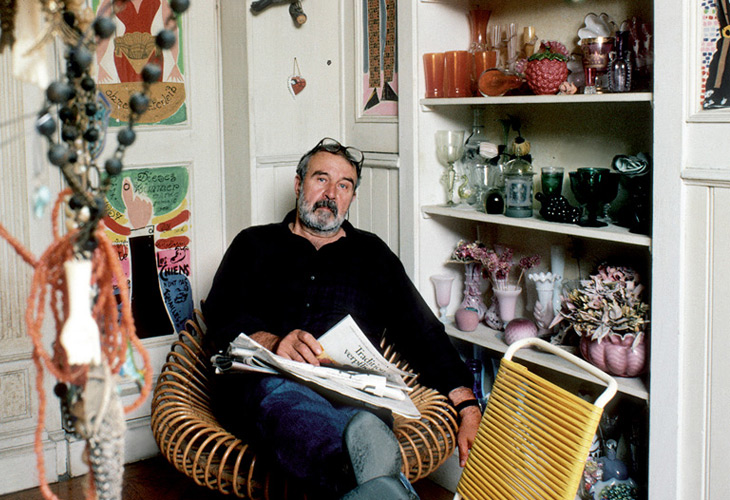