Munich cartoonist Rudi Hurzlmeier is considered one of the great masters of comic art. He has been a regular contributor to the satirical magazine Titanic since 1985. He has also drawn for numerous other titles, including Eulenspiegel, Bunte, Penthouse, P.M. Magazin, Gong, HÖRZU, Frankfurter Allgemeine Zeitung and Süddeutsche Zeitung. He is also a prominent illustrator, including publications by Truman Capote, Robert Gernhardt, Thomas Gsella, Peter Hacks and Elke Heidenreich. In the seven animal books Hurzlmeier published, Harry Rowohlt rhymed two-liners to the pictures. Hurzlmeier has received the German Caricature Prize several times, the Sondermann Prize for Comic Art in 2013, the Göttingen Elk in 2015, and the Ernst Hoferichter Prize and the Pocci Prize in 2020. Since the 1990s, he has been increasingly involved with painting. His landscape and genre painting, which follows the Munich School of the 19th century, surprises with subtle punch lines that play into the surreal. The old-masterly style contrasts wonderfully with the casual comedy of the pictorial content. The extensive exhibition of the artist's work unites his paintings and drawings. It is structured neither chronologically nor by genre, but by thematic aspects of the broad field of his absurdities. Parallel to the exhibition, Kunstmann Verlag is publishing the 224-page book "Hurzlmeiermalerei". Hurzlmeier's picture show at the Buchheim Museum is a cooperation with the Forum Humor und komische Kunst e.V. within the framework of the Humorfestival Bernried 2022. 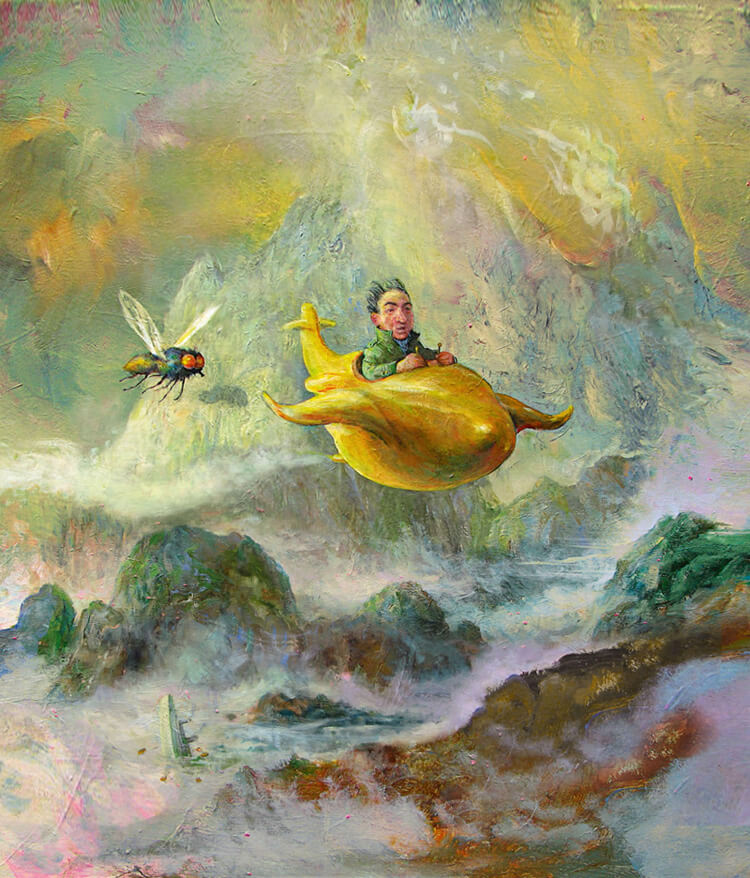